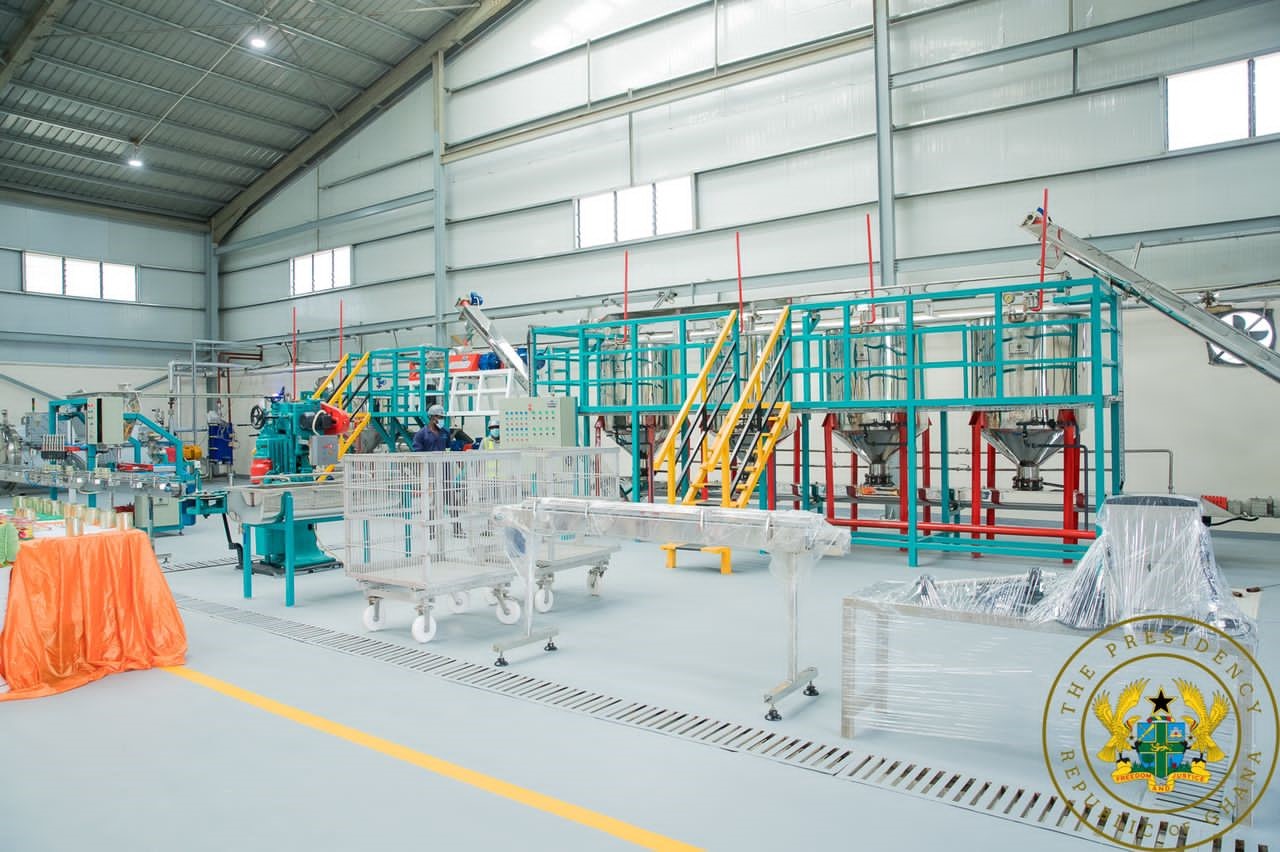 President Akufo-Addo visited the factory, on Tuesday, 19th October 2020, on day 2 of his 2-day tour of the Central Region.

As part of Government’s Industrial Transformation Agenda, Central Oil Mills, established in 2010, was identified as one of the potentially viable but distressed companies.

To this end, an organisational audit was conducted by a team of technical consultants from the Ministry of Trade and Industry, who recommended the company to the Ghana EXIM Bank for support under the One District One Factory (1D1F) programme.

The new factory at Asamanso and the expansion work at Mfuom are about 95% and 90% completed respectively, and are both expected to be fully completed by 30th November 2021.

With a yield of 20%, this will produce 2,400 metric tonnes of palm oil per annum which could be processed into secondary canned and bottled products. In addition, through the revitalisation process, the company has increased its storage capacity from 30 metric tonnes to 150 metric tonnes.

The company has rehabilitated it existing oil palm plantation and has initiated the process to expand its plantation by 200 acres per annum over five years. This is being supported by the acquisition of new trucks, and farm implements to support cultivation and transportation.

The company also has existing nucleus farms at Jukwa Mfuom and its environs and also about 50 out-grower individuals.

The project is expected to create a minimum of 200 direct jobs from its current skeletal workforce of 30 persons when fully operational. More than 500 indirect jobs will be created within two years at both factory sites and from the plantation.

Buyers from South Africa, Italy, Netherlands and Nigeria are already in discussions with the company for export of finished products, thus opportunity to generate foreign exchange for the country