The delegation was welcomed by Mrs. Nana Akyaa Obeng-Adiyiah, Deputy Chief Executive Officer (F/A) who is from the Royal family, led them to commiserate with the bereaved Royal family and all the Chiefs, Elders and their entourages from various paramountcy’s gathered at the mammoth funeral ceremony. 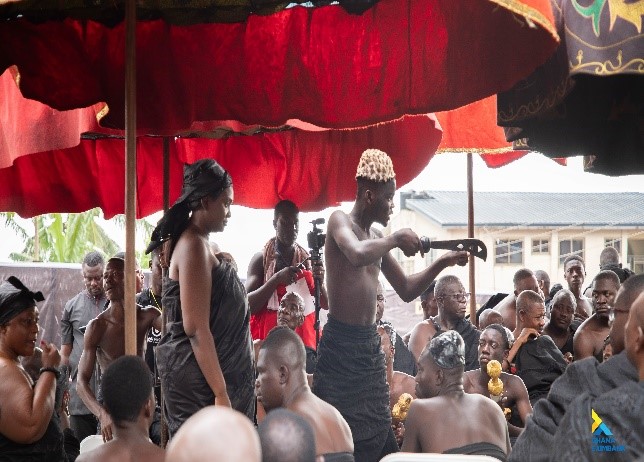 DCEO (F &A) leading the GEXIM delegation to greet the Chairman of the Council of State and Omanhene of Juaben Traditional Area, Nana Otuo Siriboe II at the Yiadom-Hwedie Palace in Koforidua 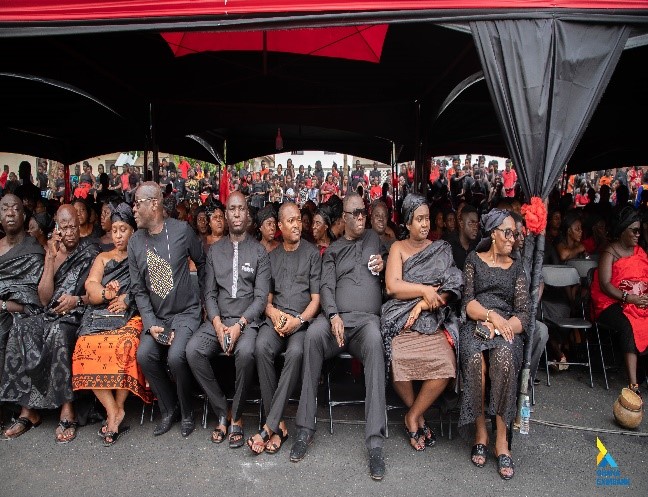 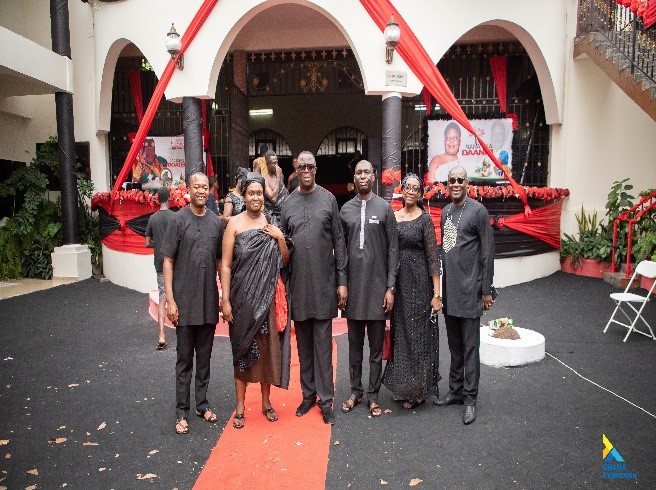 GEXIM delegation at the Yiadom-Hwedie Palace Funeral grounds in Koforidua