In line with it five-year strategic objectives (2017-2022), the Ghana EXIM Bank is focused on helping to diversify the non-traditional export (NTE) sector towards an increased export revenue, employment creation and value addition.

The Chief Executive Officer (CEO) of the EXIM Bank, Mr Lawrence Agyinsam, reiterated this when he paid a five-day business visit to the Northern and Upper East regions from the June 11 to 15, 2018.

The visit offered the CEO and his team the opportunity to inspect projects financed by the then Export Development and Agricultural Investment Fund (EDAIF) between 2000 and 2016 in the northern part of the country.

The CEO indicated that with shea being a natural endowment of northern Ghana, the development bank would launch the ‘’Shea Empowerment Initiative’’ to build the capacity of processors, empower aggregators, mostly women, and also finance the entire value chain.

An amount of GH¢10 million has been earmarked for phase one of the initiative. That would embody the construction of four shea processing centres, training of 900 aggregators and 300 processors.

Crucially however, the bank has in place a strict risk management framework together with efficient monitoring strategies to ensure minimal impairment levels.

A portion of the fund would also be used to support the operations of cosmetics manufacturers, who use shea as the main raw material for export production.

The commodity is one of Ghana’s 10 leading NTEs by way of revenue, with proceeds amounting to $33 million and $19 million respectively for 2015 and 2016, according to figures from the Ghana Export Promotion Authority (GEPA).

These values, however, would increase significantly should the nuts be processed prior to export, EXIM believes.

The initiative and subsequent ones, Mr Agyinsam indicated, would continue the efforts of which from 2000 to 2015 supported shea cultivation, processing and export.

Mango is one of the top 10 agricultural export products in the country, with total revenues of $7.6 million and $11.5 million in 2015 and 2016 respectively. Between 2000 and 2015, EDAIF (now EXIM Bank) approved a minimum of GH¢35 million to support the cultivation of 10,100 acres of the fruit in the Greater Accra, Brong-Ahafo, Volta, Upper East and Northern regions.

The bank continues to support the cultivation, processing and export of mangos to Europe and the Middle East.

The holistic approach is to finance the setting up of processing factories in the Northern, Brong Ahafo and Greater Accra regions to off-take fruits for processing for export.

Currently, these commercial farmers are being supported to maintain the farms and to harvest expected yield. Further, the bank would continue to engage the services of technical consultants to build the capacities of farmers with best agronomic practices.

As part of the working tour, the CEO and his team inspected 12 basket weaving centres in Bolgatanga, the Upper East Regional capital. These centres in the past, with the support of EDAIF, provided employment for about 600 women and integrated them in the export value chain.

Mr Agyinsam indicated that the bank would consider supporting the women and new entrants to acquire skills for production to meet the requirements of prospective off-takers.

“Funds will also be availed to these off-takers for them to acquire the baskets in large quantities for export,” he said.

A key feature of the team’s visit was the organisation of a small and medium enterprise (SME) workshop at the Modern City Hotel, Tamale, to educate and engage prospective entrepreneurs in their various endeavours.

The chief executive officer discussed the government’s flagship one district, one factory (1D1F) initiative to enable participants make informed choices upon the various options on this initiative.

The workshop, among others, explained the requirements for accessing facilities from the bank under the 1D1F programme.

The bank’s products and services were also discussed extensively to give prospective customers an idea of the operations of the bank.

The team further paid a courtesy call on the Deputy Northern Regional Minister, the Yaa Naa Regent of Dagbon at Yendi, and the Chief of Walewale, where issues concerning new projects of strategic benefits to the respective regions and economy were discussed. 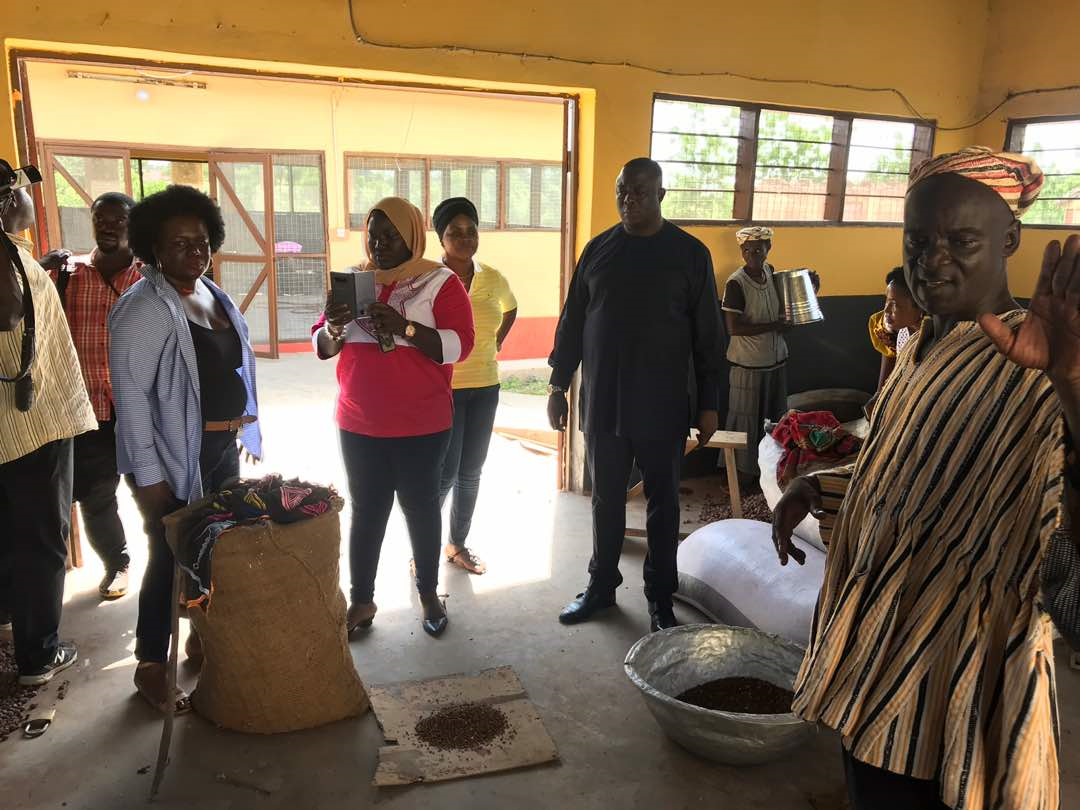