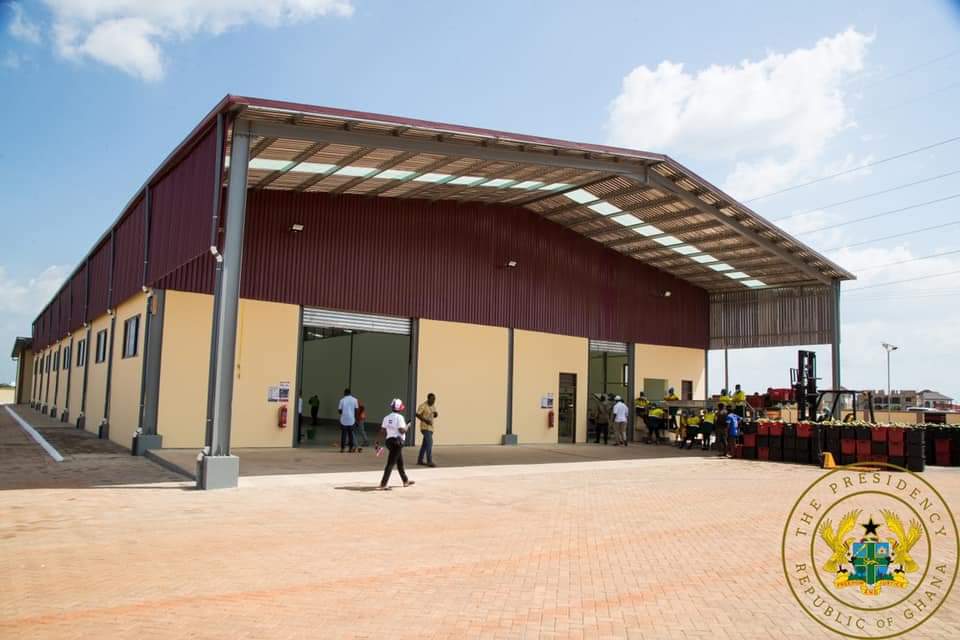 The President of the Republic, Nana Addo Dankwa Akufo-Addo, has commissioned the Bodukwan Multi-Fruit processing Factory, a project operating under Government’s 1-District-1-Factory Initiative. 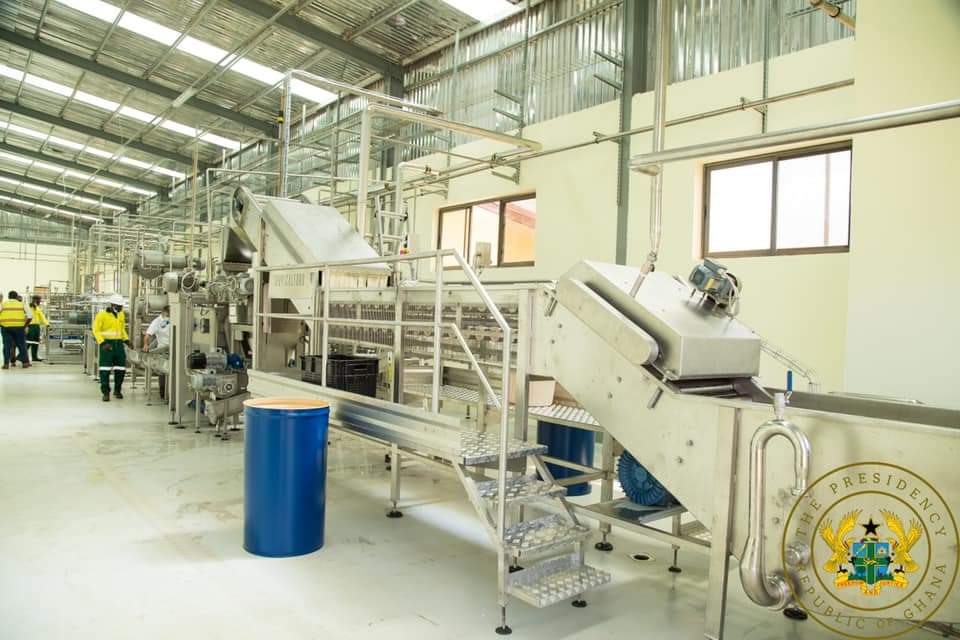 The fruit processing plant, which has an installed capacity of seventy-two (72) metric tonnes per day, will process seven (7) varieties of fruits and vegetables including mango, pineapple, watermelon, and tomatoes into concentrates for exports and for use by the domestic market. 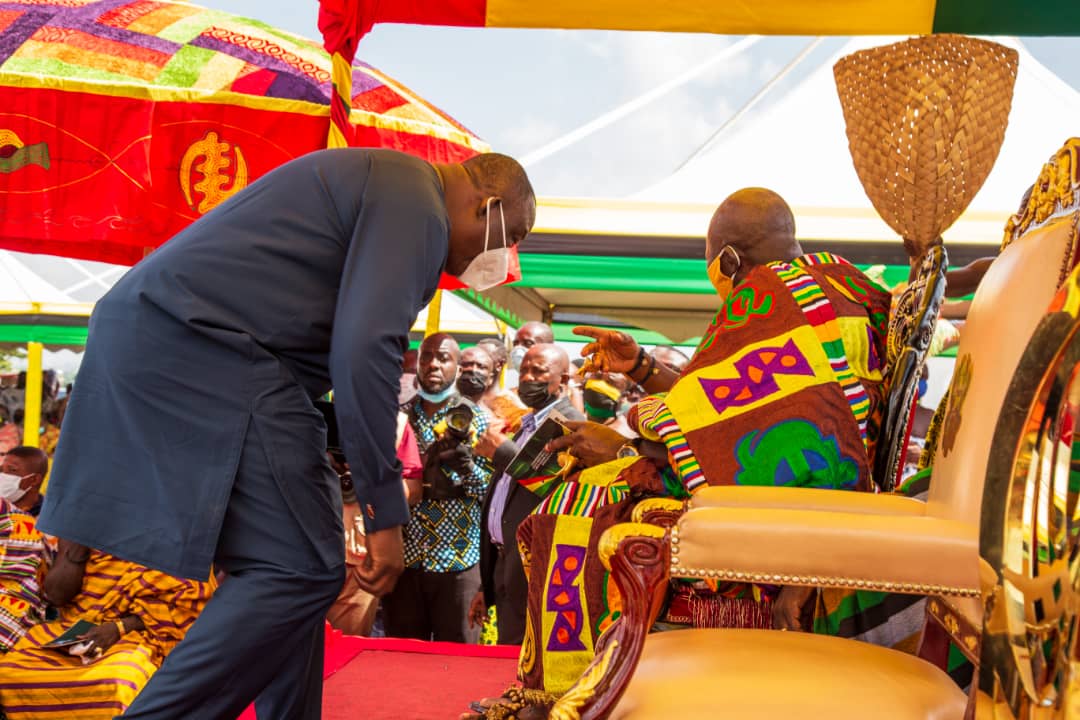 Commissioning the factory on Tuesday, 1st December 2020, on day 2 of his 3-day tour of the Ashanti Region, the President told the gathering, which included the Asantehene, Otumfuo Osei Tutu II, that the One District One Factory (1D1F) initiative is in fulfillment of a 2016 campaign promise, whose aim is to establish, together with the private sector, at least one industrial enterprise in each of the administrative districts of the country. 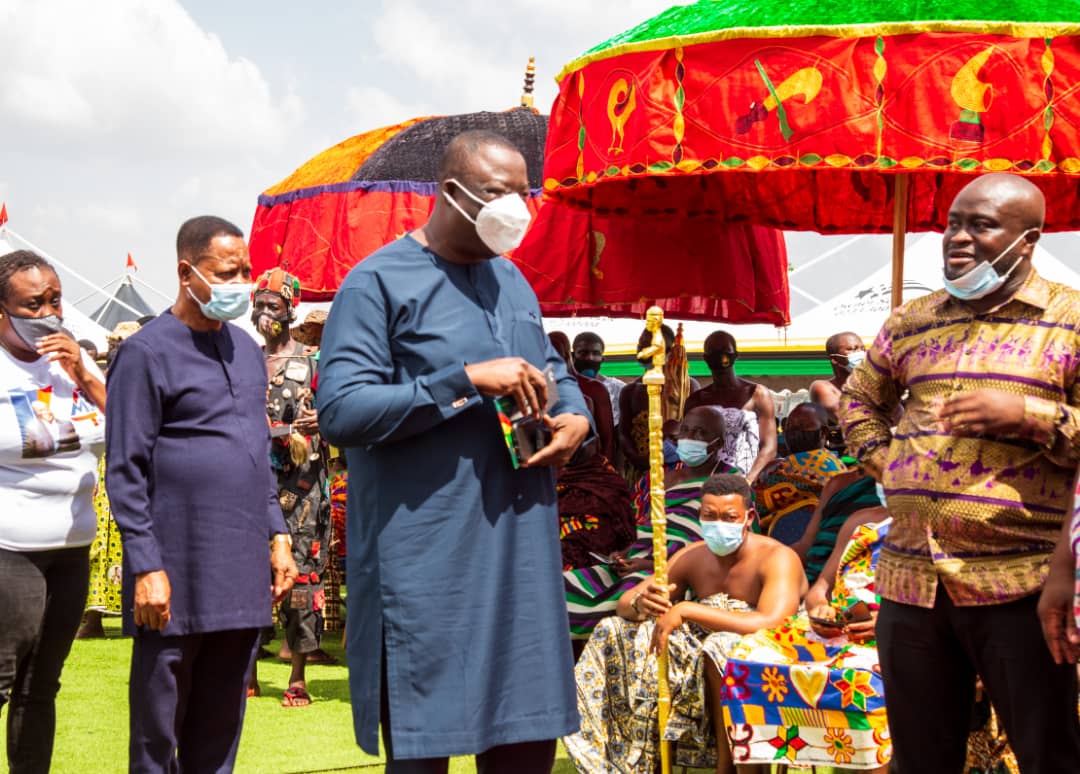 He used the opportunity of the ceremony to mention some of the 1D1F factories he has personally visited, as part of his regional tours since 2018, including the Ekumfi Fruit Juice Factory in Ekumfi District; Kasapreko Beverages Limited in Kwadaso Municipal; Birim Oil Mills Limited in Kwaebibirem Municipal; Casa de Ropa Limited in Gomoa West District; Motor King in Tamale Metro; Leefound Company Limited in Ningo Prampram District; and Springs & Bolts Limited in Asokwa Municipal. 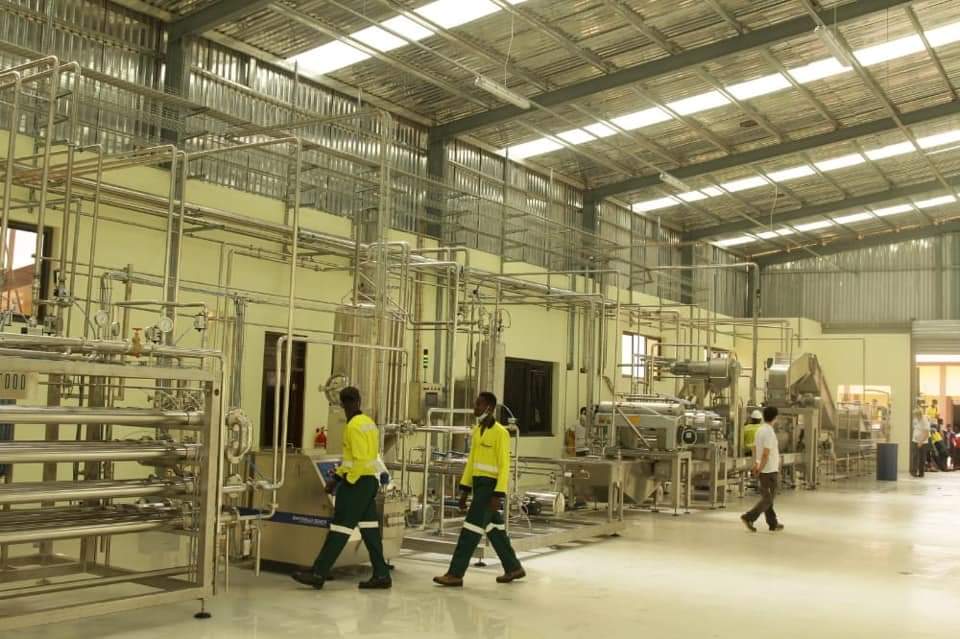 President Akufo-Addo added that, currently, there are seventy-six 1D1F companies that are operational, and have created job opportunities for over one hundred and forty thousand (140,000) people across the country. 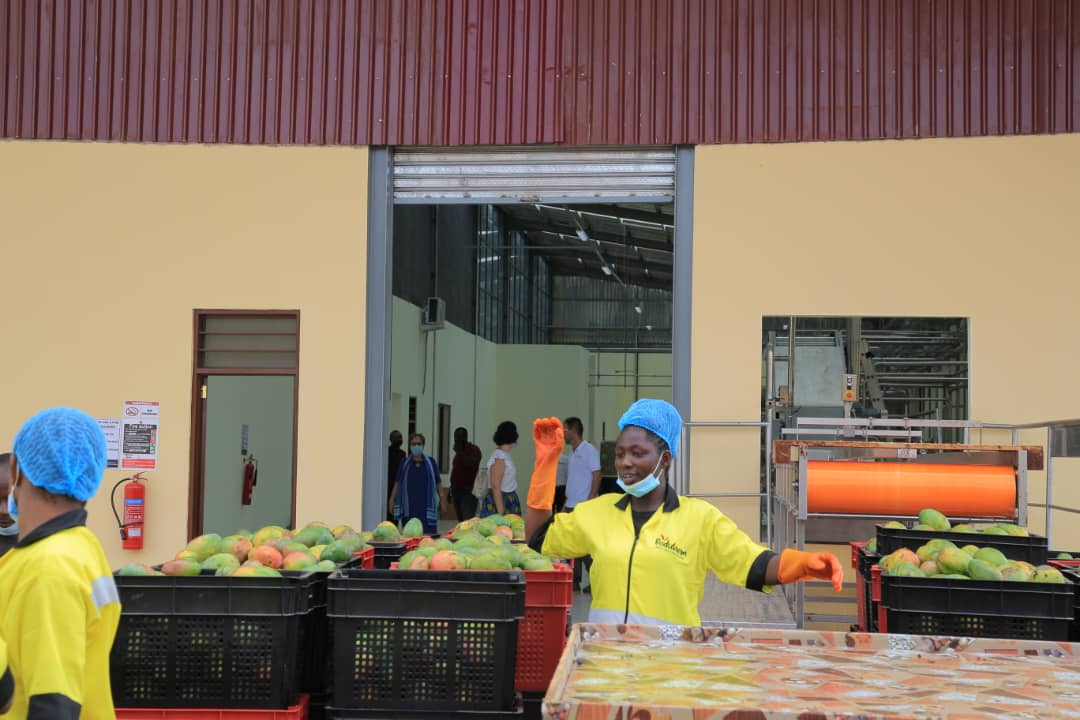 One hundred and seven (107) projects, he stressed, are under construction and are all expected to be completed by second quarter of 2021.

The President commended Otumfuo Asantehene, Ghana EXIM Bank and the Ministry of Trade and Industry for their collaboration in establishing the GH¢45 million project, which is expected to provide direct employment for over one hundred (100) people and generate at least one thousand (1,000) indirect job opportunities particularly for the youth of this area. 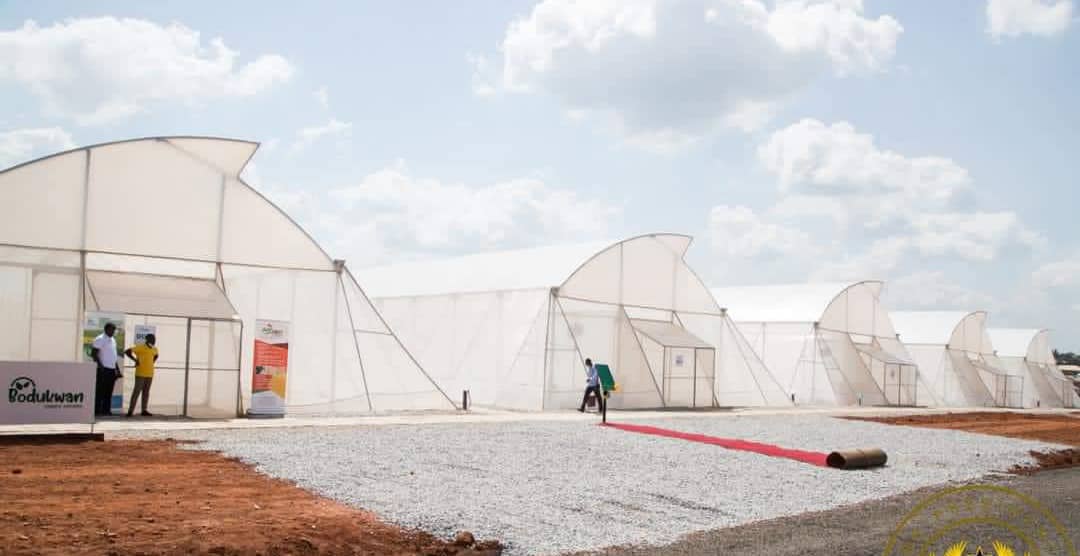 Already, the promoters of the factory, Bodukwan Holdings, have established 600 acres of mango plantation, and intends to source the additional required raw materials from out-growers in Ashanti, Eastern, Volta, Bono East, Bono as well as the Ahafo region.

He urged the Management of Bodukwan Holdings to take advantage of various Government interventions such as Planting for Food and Jobs and the incentives available to all 1D1F companies under his administration. 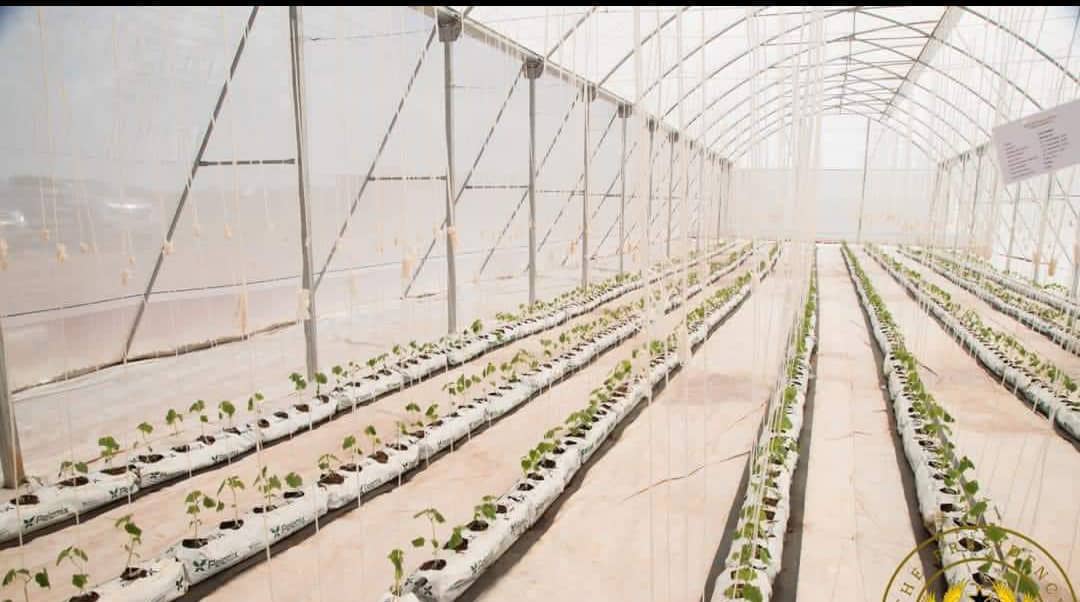